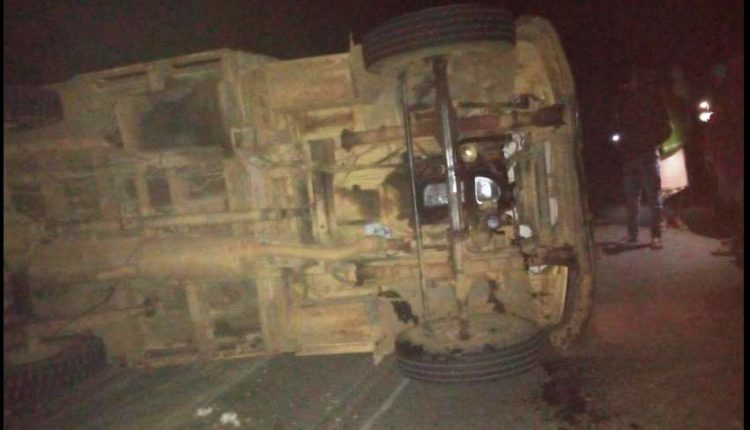 Nuapada: In a tragic incident, a mini-truck carrying labourers overturned on NH near Junani village under Khariar police limits in Odisha’s Nuapada district last night killing one of them and leaving 24 others injured.

According to reports, as many as 30 labourers of Uparapita village in Khariar area were travelling in the truck to reach Kantabanjhi railway station, from where they would have left for Andhra Pradesh.

The driver of the ill-fated vehicle lost control over the wheels following which the truck turned turtle, resulting in death of one Abhikant Nayak.

On being informed about the mishap, police reached the spot, rescued the victims and admitted them to Nuapada district headquarters hospital. Condition of five of the injured ones is state to be critical.