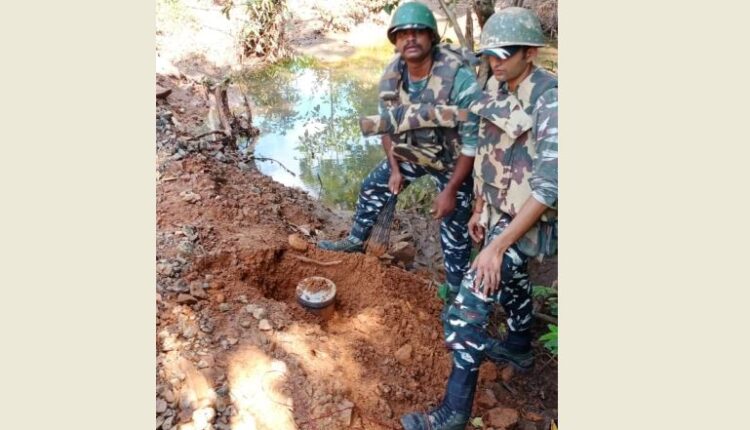 Rourkela: The security personnel intensified their combing operation in Rourkela area after around 15 kg landmine was recovered from Jharbeda reserve forest today.

An official said the Maoist organisation planted the landmine on a kutcha road targeting the security personnel.

Acting on a tip-off about Maoist movement in K.Balanga police limits, the CRPF-19 battalion personnel along with police began combing operation at around 4.30 am today in Saibahal, Lungara, Hatiguda, Bakharatoli and Jharbeda reserve forest.

Some security personnel spotted a steel tiffin box buried in a kutcha road near Hatiguda village under Jharbeda reserve forest at around 12:15 pm during the combing operation. Upon examination the security personnel recovered around 15 kg landmine in the tiffin box. Later the bomb disposal squad defused the landmine.

During Assembly poll in neighbouring Jharkhand state in 2019, a large quantity of landmine planted by Maoist organization was recovered.