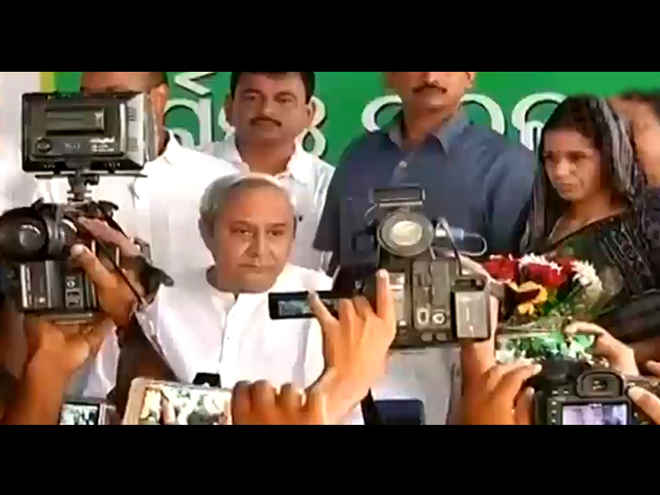 A formal announcement in this regard was made by Patnaik. Subal Sahu’s wife Rita Sahu, son Sumit Sahu and hundreds of their supporters joined the conch party.

“Rita Sahu, wife of late Subal Sahu and other members of his family have joined the Biju Janata Dal today. Also 3,000 Congress workers from Bijepur have joined the party. This will strengthen the BJD,” said Patnaik.

“We joined BJD today and my husband had the wish for the same too. I will contest the election myself,” said Rita speaking to reporters.

“My father had started his career with BJD. He had the wish of contesting in the 2019 assembly polls from Bijepur constituency as a BJD candidate. We and our supporters have come here to fulfill his wish,” said Sumit Sahu.

It is being speculated that the BJD might select Rita Sahu as its candidate for the bypoll to the Bijepur assembly constituency.

On the other hand, Congress said it will have no impact on the party.

“It will have no impact on Congress. There will be no scarcity of candidates for Congress. The BJD has inducted them due to fear of losing in the bypoll,” said Congress leader Tara Prasad Bahinipati.

Notably, Subal Sahu had died on August 22 at a private hospital in Bhubaneswar. He was suffering from cancer.