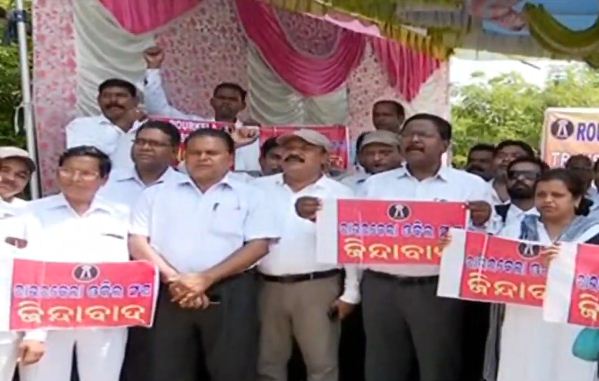 Rourkela: Members of Rourkela Bar Association today staged a dharna in front of the court of SDJM here demanding transfer of the judge.

The lawyers opposed the granting of bail to a person who was accused of betting during the cricket world cup. The bail was reportedly granted by the judge during closure of the court.

The agitators have decided to continue the stir for indefinite period. They also threatened not to allow the judge to enter the court premises.