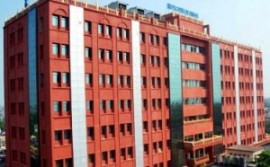 Cuttack: The Orissa High Court today asked to the District and Sessions Judges to open camp courts in jails across the State as the ongoing agitation by lawyers resulted in piling up cases and overcrowding jails.

An official notification issued in this regard said the HC direction came after taking note of the extraordinary situation arising across the State.

The top court said camps should be held inside the jails within working hours of each working day. The HC has laid down some instructions to be adhered by the criminal courts while hearing the bail pleas of the accused.

In case of arrest and first production, the same be made in the Camp Court inside the jail.

Where bail will be allowed, provisionally P.R Bond be taken and the accused be asked to furnish regular surety bond after one/two months fixing a date for it.

Similarly, the concerned jail authorities shall ensure that at the time of bail hearing, none apart from court staff and C.S.I are present.

Notably, the lawyers are boycotting courts across the state, demanding the arrests of policemen who assaulted a Cuttack city advocate in the middle of a busy road in broad daylight on August 28, following a series of road accidents involving the advocate’s car.