At least one killed, 28 injured as wall collapses in Odisha school 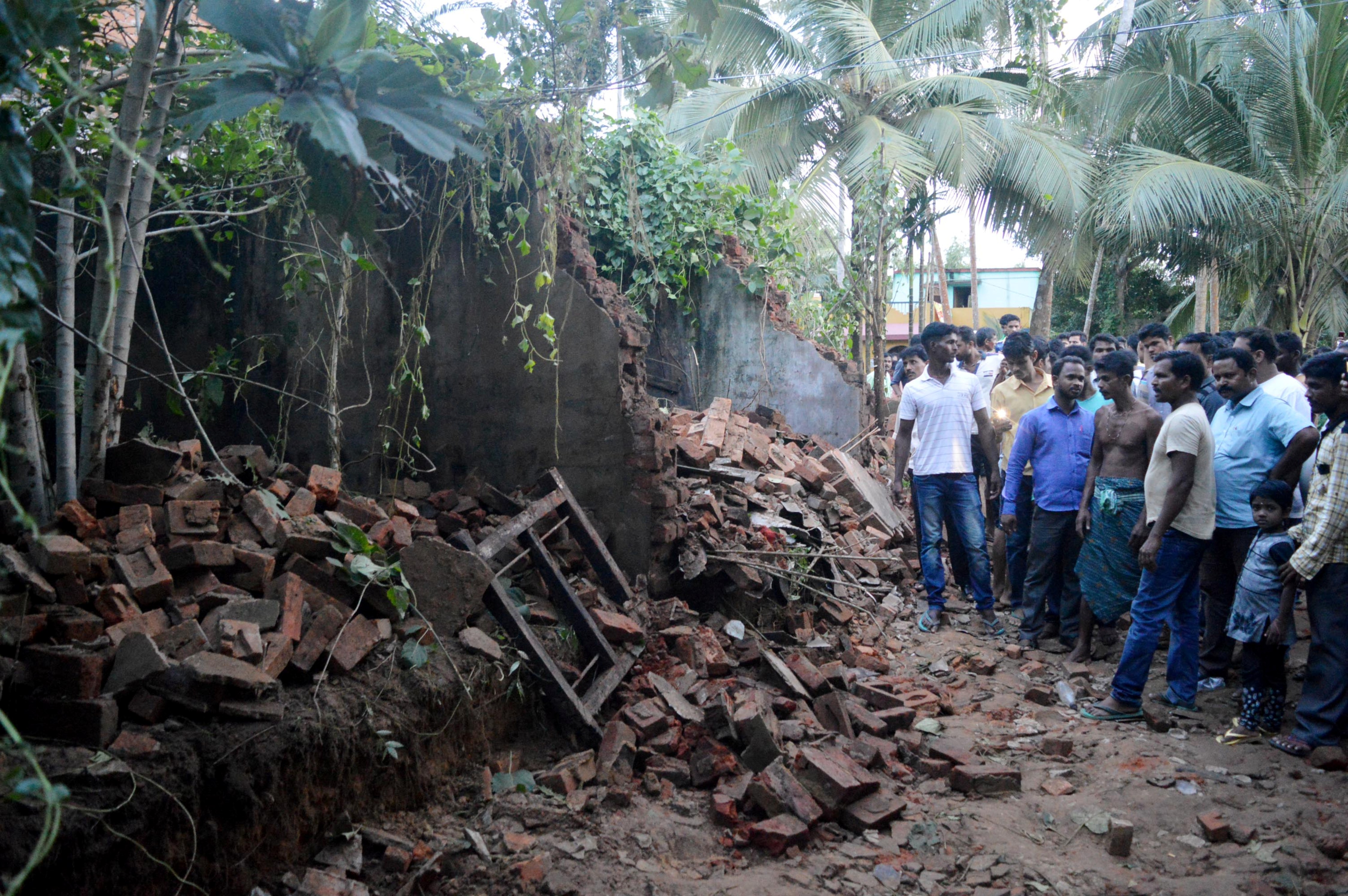 Tragedy struck a private school in Odisha’s Puri district as at least one student was killed and 28 others sustained injuries after a wall collapsed on the school premises this afternoon.

According to reports, the students of Saraswati Sishu Vidya Mandir (SSVM) at Basukera in Sakhigopal under Satyabadi block in the district were dispersing after the classes were over for the day. The students had gone to the cycle stand to get their cycles when an unplastered wall collapsed where the students were trapped under the debris.

“The students were taking their respective bicycles when the wall caved in. One girl died on the spot and several others were injured in the incident,” an eyewitness narrated.

While a girl was pulled out dead from the rubble, at least 20 others were rescued and rushed to Sakhigopal Community Health Centre (CHC) in a 108 ambulance.

Some of the injured were later shifted to Capital Hospital in Odisha capital as the condition of most of the students was said to be grim.

According to hospital sources, the condition of two children was stated to be critical.

Meanwhile, the District Collector Arvind Agarwal ordered for a probe where District Education Officer (DEO) has been asked to inquire into the matter.

The District Collector also announced that the treatment expenses of the injured will be borne by the state government.

Following the incident, School and Mass Education Minister Debi Prasad Mishra visited the Capital Hospital to enquire about the health of the students under treatment.

“As many as 13 students were provided preliminary treatment at Satyabadi and 15 others were referred to Capital Hospital. Of them, two have facial injuries and one has head injury who have been referred to SCB Medical College and Hospital, Cuttack. The rest are being treated at Capital Hospital. The treatment expenses will be borne by the state government as directed by the Chief Minister,” School and Mass Education Minister Debi Prasad Mishra informed media.

“Condition of three is critical and have been referred to SCB Medical College and Hospital. Two other critically injured are under observation,” Casualty Medical Officer of Capital Hospital Jharana Behera said.

It may be mentioned here that the foundation of the wall had become weak as it was constructed long ago. The guardians had been demanding to demolish the unsafe structure at the parent-teacher meetings (PTMs) but in vain.

Low pressure-induced rainfall in the last couple of days might have weakened the wall resulting in the tragedy, sources said.

Kejriwal wanted me only to campaign, not contest polls: Sidhu

Puri: Snana Jatra of deities to be held with…