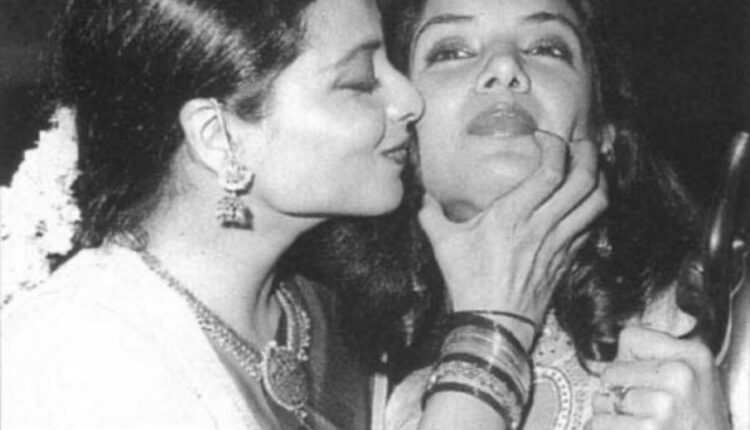 Bhubaneswar/Mumbai: Veteran Actress Rekha celebrated her 67th birthday today. She has been receiving birthday wishes on social media from her fans as well as friends.

Shabana Azmi, who is an old friend of Rekha, shared a black-and-white photo with Rekha and wished her on her birthday.

In the new promo of ‘Bigg Boss 15’ released few days back, actor Salman Khan was seen wandering around the woods when he heard a sound coming from a tree that he called ‘Vishwasun Tree’ (the husky voice was that of the ageless Rekha). He then started having a conversation with the tree. Speaking for the tree, Rekha welcomed Salman and he inquired about the ‘Bigg Boss 15’ house.

From the promo it seemed that the contestants this season will have to walk through the forest and endure its many dangers even before they make it to the ‘Bigg Boss’ house.

Rekha was born as Bhanurekha Ganesan on October 10, 1954. She made her acting debut as a child artist in the Telugu film, Inti Guttu (1958). She made her debut as the lead actress in Kannada film Operation Jackpot Nalli CID 999 (1969).