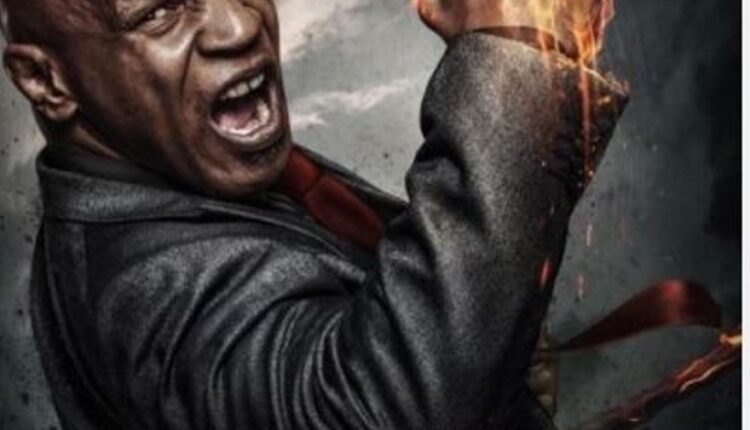 Hyderabad: ‘Liger’, starring Telugu star Vijay Deverakonda and Bollywood celebrity Ananya Panday, has been at the centre of a high-visibility publicity campaign, but it got amped up on Thursday with the unveiling of a new poster featuring the former world heavyweight boxing champion Mike Tyson.

The controversial boxer, who appeared famously in the ‘Hangover’ films, is said to be playing a pivotal role in the movie, which is intriguingly captioned ‘Saala Crossbreed’. The movie marks Tyson’s Indian screen debut.

Dressed in a black suit, Tyson is seen in a powerful avatar. The filmmakers, who shared the post, on Twitter wrote: “The legend @MikeTyson is ready to celebrate this #Diwali with a few punches!”

Tyson also took to the microblogging site and tweeted: “Namaste India, be ready to get the ever-loving shit beat out of you #Liger @thedeverakonda #AagLagaDenge Happy Diwali.”

A pan-Indian movie directed by Puri Jagannadh, ‘Liger’ marks Deverakonda’s debut in the Hindi film industry. He plays a mixed martial arts (MMA) fighter who has a stutter. ‘Liger’ will be released in multiple languages, including Telugu, Tamil, Kannada and Malayalam.