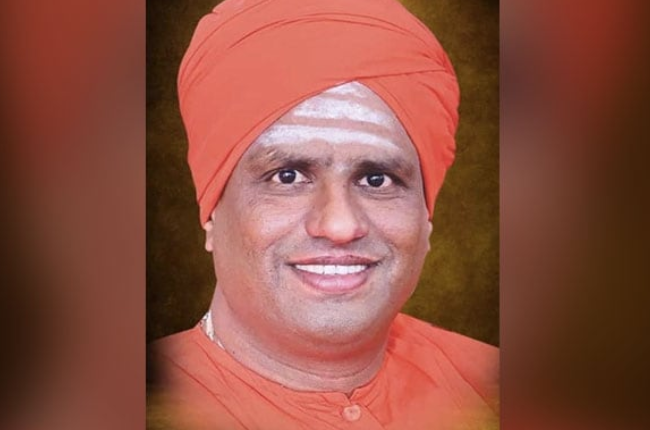 Bengaluru: Days after Lingayat seer Basavalinga Sree of Kanchugal Mutt in Ramanagar district died by suicide raising suspicion of him being honey-trapped, an alleged clip of a video chat of the deceased with a woman surfaced on public domain on Thursday.

Police stated that the development has proved that the seer was targeted. Basavalinga Sree was honey trapped systematically and evidence collected against him by a group of influential people.

Devotees are claiming that the video clip is not recorded on the mutt premises. They claim that the deceased seer used to wear gold karadige (shivling covered in a tiny box and worn around the neck) which is missing and that he wore rudraksha mala only when he went out.

Three women are being questioned with regard to honey-trapping the swamiji. The police are verifying whether that voice in the video clip resembles any of the three women.

Earlier, the investigations into the suicide case had revealed that the deceased seer was honey-trapped, tortured and forced to end life.

The investigations have also suggested that there is the hand of another Lingayat seer, who is eyeing on the position behind this conspiracy.

Police explained that a team of 10 to 15 persons, including politicians, worked and executed the plan. The deceased seer was systematically honey-trapped and blackmailed over release of photos and videos of his private moments, police said.

The Kudur police, who have taken up the investigation of the case, have already taken a few persons into custody and are investigating the matter. The deceased swamiji had mentioned about the torture and honey-trapping in his death note.