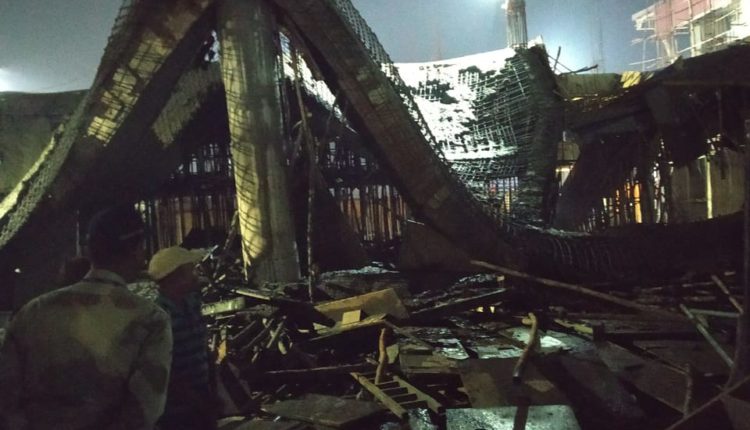 Bhubaneswar:  A portion of the Biju Patnaik International Airport (BPIA) here collapsed late this night where several persons are said to have been trapped.

The link building joining the old and new terminal of the airport collapsed causing massive damage to the airport. While two injured persons were rushed to the Capital Hospital, the CISF personnel and other persons present on the premises rushed to rescue the trapped persons. 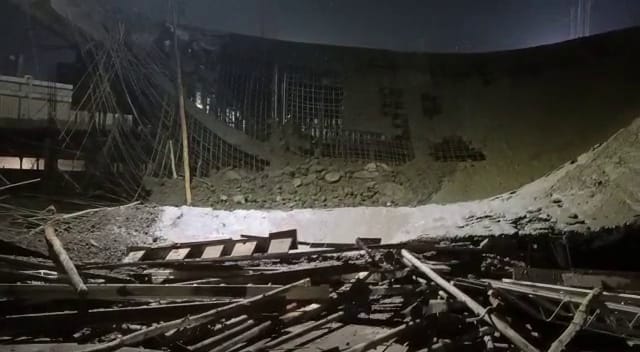 Sources said an ambulance was called in to shift the injured persons to the hospital. Fire personnel were also pressed into service to expedite rescue efforts.

Till the filing of the report no  death was confirmed by the airport authorities.

However, media reports said that one person succumbed to injuries after battling for life for two hours. The deceased has been identified as Antaryami Guru, a resident of Baramba in Cuttack district.  He was engaged as the labourer in the construction work. The injured person namely Naba Kishore Swain, a driver from Dhenkanal district, is undergoing treatment at the hospital.