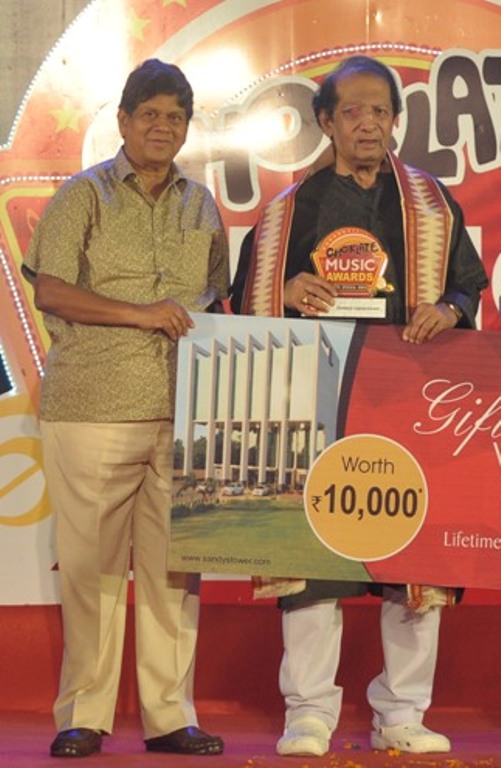 He received the Legend Award and a gift voucher worth Rs 10,000 from ‘Sambad’ Editor Soumya Ranjan Patnaik at an event organised by Radio Choklate – Odisha’s number one FM Radio station – at Utkal Mandap for his contribution to Odia music industry.

Talking to media, Patnaik said, “Radio Choklate not only entertains people, but also has tried its best to connect the new and old voices through music. It will remain a source of inspiration in world of music.”

The event commences with the prayer to Ganesha Bandana by Sangram Mohanty. The audiences were enthralled by the performance of several artists including comedian Papu Pom Pom.

Among others, Purna Khuntia, Guru Ramahari Das and Nishikant Panda were honoured in field of music, classical music and folk music respectively at Choklate Music Awards – 2017.

The awards were presented under 21 popular categories on basis of voting.

Here is the complete list of winners at various categories:

Item Song of the Year: DJ wala dance…(film: Hero No 1)

Devotional Song of the Year: Ganapataye Namah by Radio Choklate