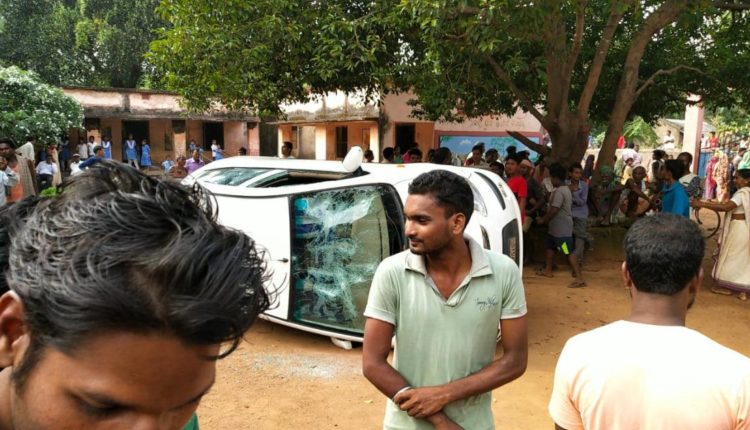 Baripada: Tension ran high at Badabrahmanamara Upper Primary School under Baripada Sadar police limits in Odisha’s Mayurbhanj district as villagers locked up an assistant teacher of the school inside classroom after he allegedly misbehaved with a class-VI girl student, today.

Accused Prashant Bhujabala committed the offence after finding the student alone at the school, a local said.

Irate villagers and parents of other students reached the school premises on being informed about the incident and locked up the teacher inside classroom. They also ransacked a car of the accused which was parked near the school.

Police later reached the spot and brought the situation under control. Policemen have been deployed at the school to avoid any untoward incident.

This is how Saif, Kareena celebrated 7th wedding anniversary