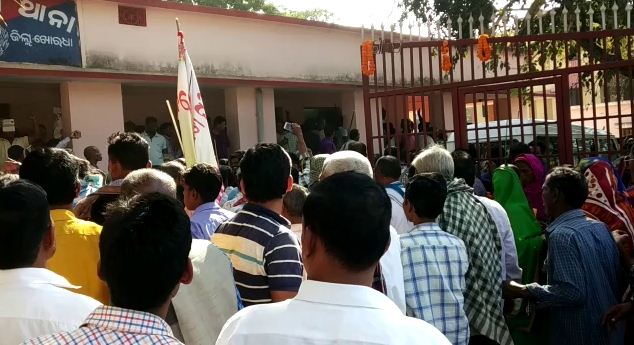 Khordha: Hundreds of locals today barged into the Begunia police station in Odisha’s Khordha district and ransacked the PS besides injuring a police official.

Demanding arrest of Begunia MLA Prasanta Kumar Jagadev, the locals staged a demonstration and later entered inside the police station premises forcibly, damaged furniture and tore files. Sub-inspector Mahendra Sethi was reportedly injured in the attack by them.

The locals alleged that MLA Jagadev had threatened and misbehaved with Naba Kishore Swain, a former sarpanch and a local Congress leader. They further complained of police inaction despite lodging of an FIR at the police station in this regard.

Vehicular movement was affected on NH-57 in Begunia as the locals blocked road. Hundreds of vehicles remained stranded on both sides of the road due to the blockade.

Rahul Gandhi to visit Odisha every month till elections