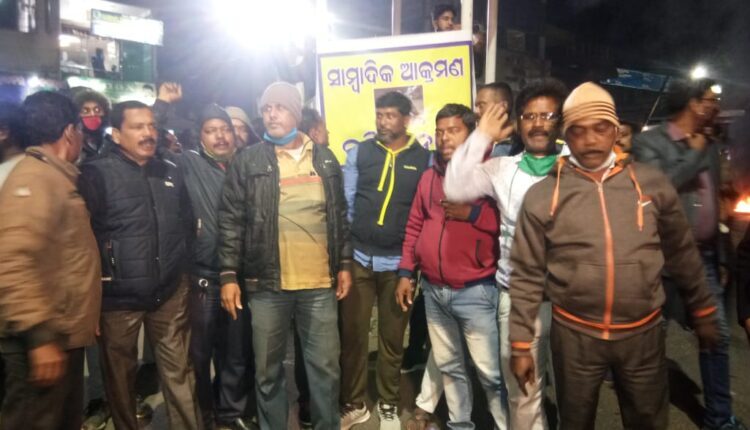 Nayagarh: Tension ran high in Nayagarh Sadar area when journalists and locals staged a road blockade near Nayagarh Traffic Chhak today evening demanding immediate arrest of persons involved in an attack on a Journalist and a Video Journalist of a private news channel.

The media persons were attacked when senior BJP leaders reached Nayagarh town as part of their padyatra to Jadupur village today afternoon demanding justice for a minor girl who was raped and murdered. Hearing commotion, police personnel reached the spot and rescued the duo.

A complaint in connection with the incident was registered at the Nayagarh Sadar Police Station.

Nayagarh MLA Arun Sahoo condemned the attack on the media persons and demanded action against the persons involved in the incident.