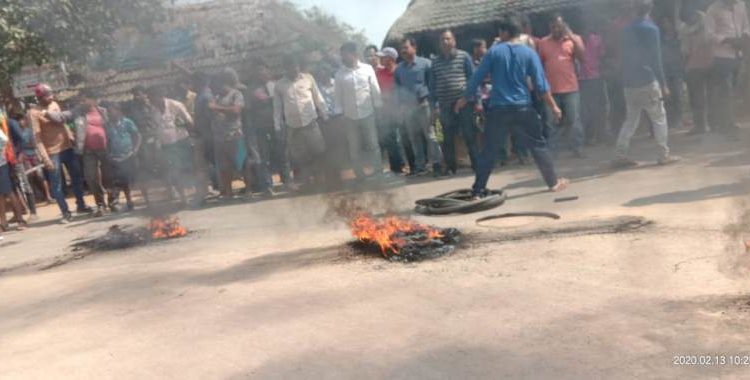 As per latest reports, Basta police officials reached the spot and requested the agitators to withdraw the stir.

Last evening some youths visited one Srikant Patra’s betel shop near Rajdhani Chhak and asked for cigarettes. However, they argued with Srikant over the price of cigarettes. Following this, Srikant called up his elder brother Subas and asked him to reach the spot.

The moment Subas reached Srikant’s shop, the miscreants attacked the two brothers with sharp weapons. Onlookers immediately overpowered two of the miscreants and nabbed them while two others managed to escape.

The two injured were rushed to the Balasore district headquarters hospital in critical condition. When condition of Subas deteriorated, he was shifted to SCB hospital in Cuttack where doctors declared him dead.

Odisha: Labourer dies of electrocution after coming in contact with 11 kv wire