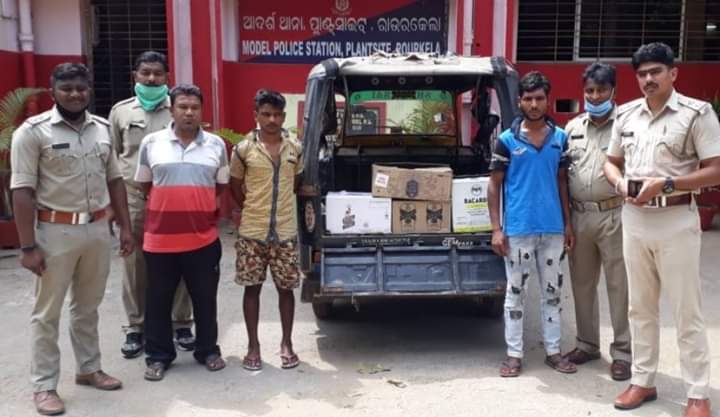 The cops also seized four cartons of liquor filled bottles and an auto-rickshaw used in the crime from their possession.

Since all liquor shops have remained closed due to the COVID-19 lockdown, few miscreants entered into the liquor shop located at  Sector-21 Nayabazar Market by breaking its asbestos late on Monday night. Reportedly, they decamped with six cartons of liquor bottles. Based on the video footage collected from the CCTV of the shop, police arrested the culprits from Gopabandhupali.

The arrested trio-Chandan Mandal, SK Salman and Pratap Yadav- later confessed that they have sold few liquor bottles to customers and also consumed some of them.

In another development,  eight persons were arrested and 213 litres of illegal liquor were seized along with a motorcycle and a scooter following a raid by Rourkela-12 Excise a officials.