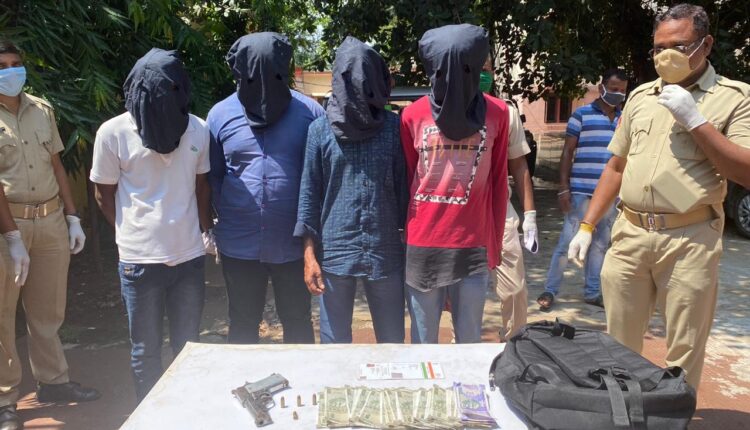 Police said  a woman Relationship Officer of Bandhan Bank was robbed of Rs 94,000, when she was collecting money and other important documents from different customers near Barmunda under Khandagiri police station when she was moving on a scooter on August 5. Later, a special squad was formed to assist the Khandagiri police in the investigation.

While investigating the case, police arrested Patu and three of his gang members- SK Sahid (21) of Kalapanchana and Prasanta Bhoi alias Puni (28) of Terundia under Nimapada police limits in Puri district and Jalauddin Khan alias Raja (21) of Jadupur under Khandagiri police limits here. The cops recovered Rs 70,000 cash, a motorcycle used in the crimes and a country-made pistol from their possession.

While Patu is involved in as many as 19 cases lodged in different police stations, SK Sahid is involved in nine cases, Raja in three cases  and Punia in eight cases.

Sharing their Modus Operandi, the Commissionerate Police said the culprits used to move in their respective motorcycles in different parts of the city and mostly targets women and robbed them of  their belongings.  The accused persons are involved in number of cases lodged at various police stations in Bhubaneswar and outskirts, said the CP.

Further investigation is underway regarding their involvement in other crimes. All stolen mobile phones and laptops will be verified and given to the owners, the police added.