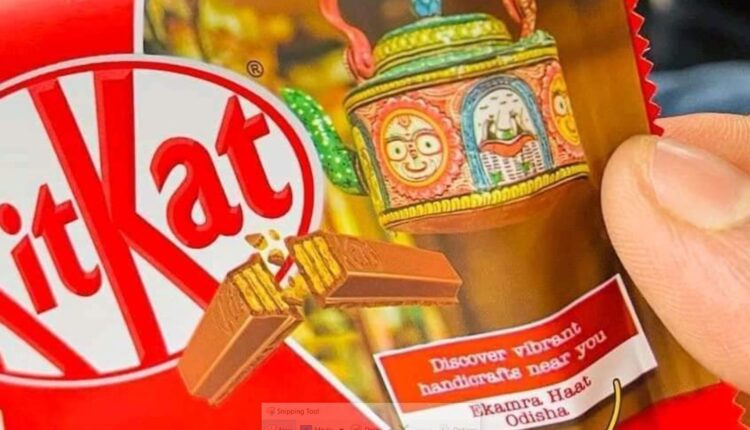 Bhubaneswar: Lord Jagannath’s image on the wrappers of KitKat chocolate has sparked a controversy as it didn’t go well with the devotees.

Netizens took to Twitter and drew the attention of Nestlé, maker of KitKat, demanding discontinuation of the photo on the wrappers.

They said that people would throw the wrappers at road, drain and dustbin after having the chocolate, which will hurt religious sentiments.

The company has issued a statement saying that it has already initiated the withdrawal of these packs from the market.

“Kitkat travel break packs are meant to celebrate beautiful local destinations. Last year we wanted to celebrate the culture of Odisha with designs on packs representing ‘Pattachitra’, an art form uniquely identifiable by its vivid imagery,” said Nestlé in a statement.

“The visual was inspired by the government tourism website. We wanted to encourage people to know about the art & its artisans. Our past campaigns have also shown that consumers like to collect & keep such beautiful designs,” it said.

“We do understand the sensitivity of the matter and regret if we have inadvertently hurt anyone’s sentiment. With immediate action, we had already initiated the withdrawal of these packs from the market. We thank you for your understanding and support,” it added.

On the other hand, the Hindu Samaj organisation has lodged a complaint in this matter against Nestle at the Cantonment Police Station in Cuttack demanding immediate removal of the picture of Lord Jagannath from the wrappers and action against the company.