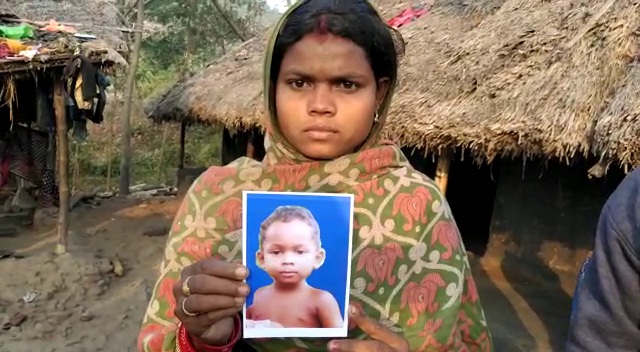 Jajpur: A 4-year-old boy was allegedly abducted after being lured of snacks near his house at Munda Sahi under Badachana police limits in Jajpur district.

The family alleged that a ragpicker kidnapped the minor boy on Thursday afternoon on pretext of offering him savoury fried snacks.

“I had left for shower while he was playing with other children near the house at around 4.00 pm on Thursday. After returning to home, I found my son is not here. I searched him everywhere near the house, but did not trace him. When asked to locals, they told me that one ragpicker was loitering here with his litter daughter. He might have taken away my son with him by alluring him of giving ‘Vada’,” alleged the child’s mother.

Following missing of the child, the family lodged a complaint at the Dhanmandal Police Outpost on same day.

“The residents are saying that a rag picker was found at the slum on that day when my son and others were playing in the afternoon. The male ragpicker was with a little girl child, who was having ‘Vada’. He might have offered the snacks variety to my son by taking him to a nearby eatery stall. We have made a complaint in this regard with the police, who told us to search the missing child near the area. We have already searched him everywhere, but our efforts went in vain,” said the child’s father, who is a trolley rickshaw puller.