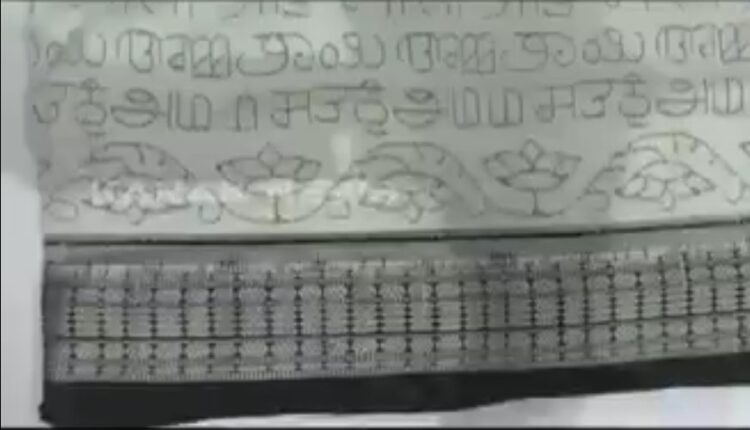 Bhubaneswar: As some sections of media reported on ‘Maa Saree’ and praised Businessman Rajesh Meher, who claimed to be the designer of the saree, a non-governmental organization, Odita Trust rubbished the claims.

Denouncing Rajesh Meher’s claims, Odita Trust revealed Prafulla Meher is the designer of the ‘Maa Saree’ in which Maa has been written in 13 languages.

Rajesh Meher’s claims raised eyebrows among many as the ‘Maa Saree’ had won the national award in 2015.

Earlier in the day, some media reported about the ‘Maa Saree’ and praised Businessman Rajesh Meher for designing the saree. But the claims were contested by Odita Trust.