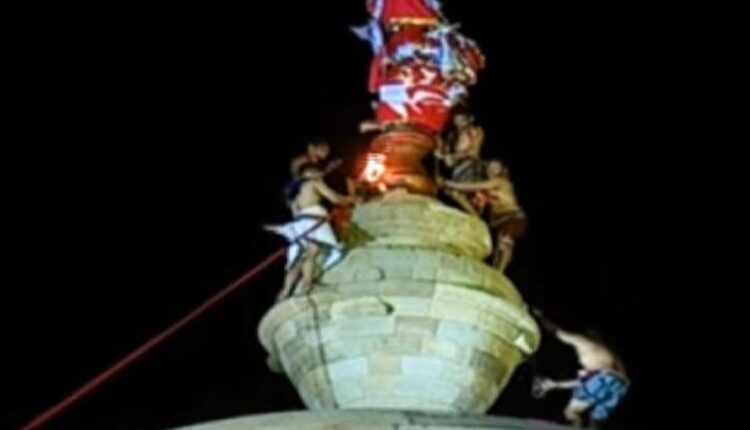 Bhubaneswar: Amid the chanting of ‘Om Namah Shivaya’ and in presence of lakhs of devotees, the ‘Mahadeep’ was lifted at the Shree Lingaraj Temple in Bhubaneswar.

Sevayats climbed Lingaraj Temple and put the ‘Mahadeep’ atop it at 9:35 PM, nearly half an hour ahead of the schedule. The holy lamp was lighted after the ‘Bedha Parikrama’ (making rounds around the temple precincts) ritual on the premises of the temple. 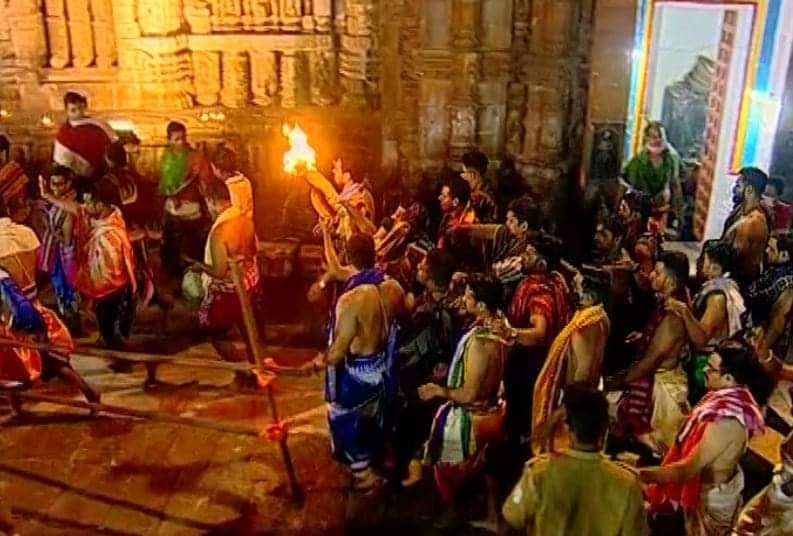 As per the timetable released by the temple authorities, the ‘Mahadeep’ was scheduled to be lifted at 10 PM. 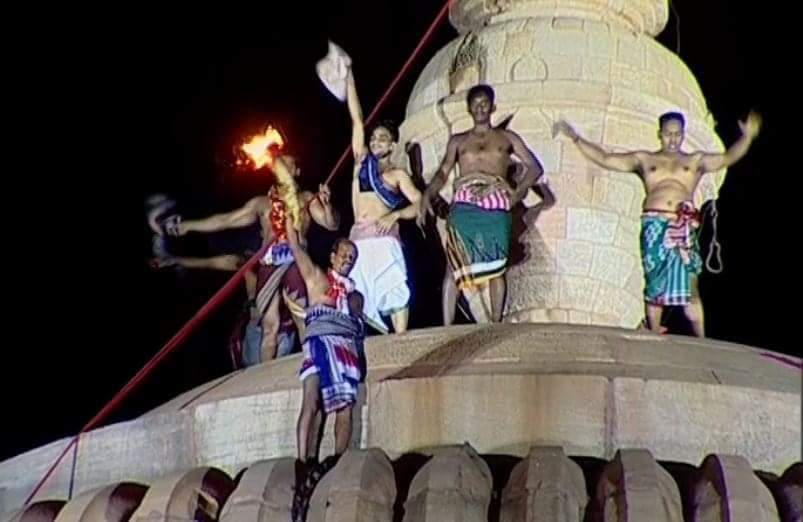 Khordha Collector Sanat Kumar Mohanty, who was present at the temple, thanked everyone for lifting of the ‘Mahadeep’ much ahead of the schedule.

Devotees observing a day-long fast to celebrate the auspicious Maha Shivratri took food after the holy lamp was placed atop the temple.

“I have been observing fast on ‘Maha Shivratri’ for last 12 years. As an ardent follower of Lord Shiva, I feel blessed seeing the ‘Mahadeep’ being placed atop the Lingaraj Temple,” said Soudamini Sahu from Rourkela.

Though initially the temple authorities did not allow devotees to light earthen lamps on the premises of the temple because of Covid restrictions, but relented following an opposition.

Forest fires in Odisha are under control, claims Task Force