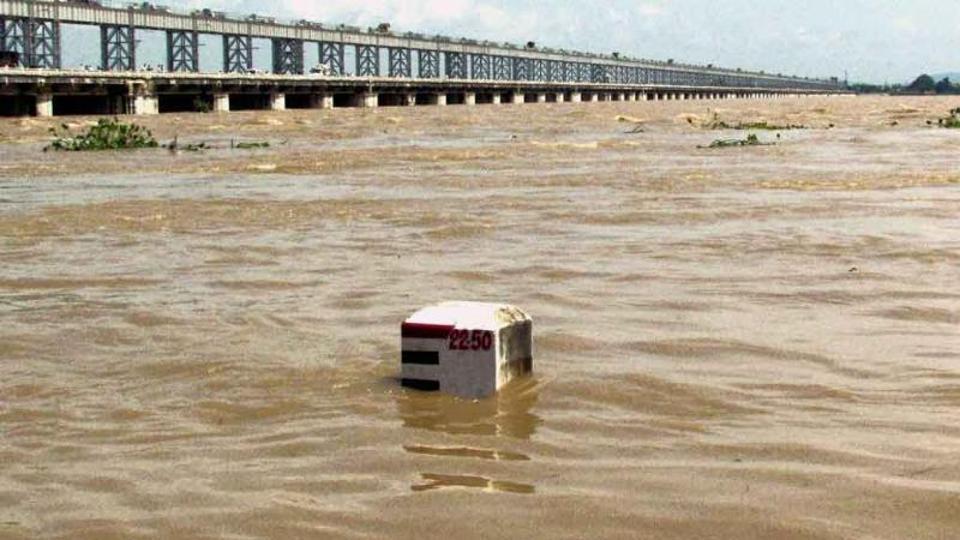 Bhubaneswar:  Though rain has stopped in several parts of the State, rise in water level of river Mahanadi following incessant rain on its upper catchment area has triggered flood panic among people residing near the river banks.

Currently, 6.8 lakh cusecs water is flowing through the Khairamal gauge station whereas eight lakh cusecs water is passing through the Mundali barrage. This has sparked fear of flood in six districts, including Jajpur, Kendrapara, Khordha, Cuttack, Puri and Jagatsinghpur. The Special Relief Commissioner (SRC) has alerted Collectors of these districts to open control rooms round the clock and remain alert to meet any kind of eventuality.

Rain continues in Odisha; alert issued for more districts during next 4 days

Weather forecast: Rain on cards for Odisha till Jan 14

On the other hand, Hirakud reservoir in Sambalpur will release season’s first flood water tomorrow. While the dam has a storage capacity of 631 feet, the water level has reached 616.31 feet. Sources said 1.77 lakh cusecs water per second is now entering the dam.

The water level will further rise as weathermen have forecast more rains in the upper catchment area of Mahanadi in next 24 hours, said dam authorities.

In view of this, mobile teams have been instructed to keep a close watch on situation of weak embankments and canals. Besides, they have also been asked to keep temporary shelters ready for emergency situation and shift people living in low-laying areas to safer places.

Odisha to set up virtual skill centre for eye doctors

Rain likely to dampen Diwali in these Odisha districts