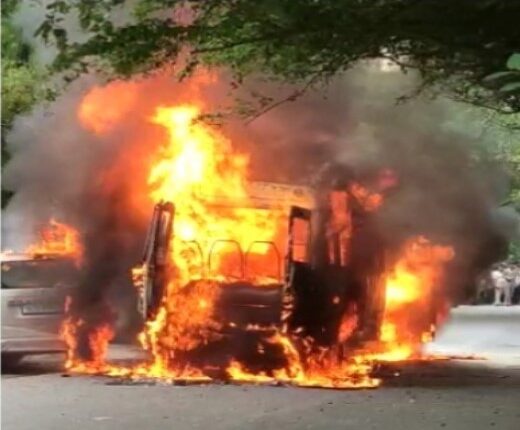 Nashik: At least 10 people were killed and 30 others injured when a private passenger bus rammed into a truck and caught fire on Saturday morning, officials said here.

The accident took place on the Aurangabad Road near Nashik at around 5 a.m., said the Nashik Police.

The impact of the crash was so huge that the bus burst into flames, trapping many of the passengers, sleeping at the early hour.

Expressing anguish over the tragedy, Chief Minister Eknath Shinde announced a compensation of Rs 5 lakhs for the families of the victims and ordered prompt free treatment for all the injured.

He also said that the accident will be probed to ascertain the exact causes leading to the tragedy hitting the bus coming from Yavatmal to Mumbai.