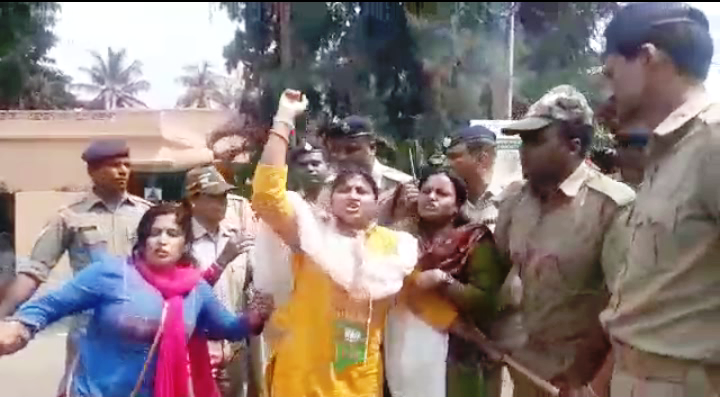 Bhubaneswar: Tension ran high near Airport Square here today after activists of BJP Mahila Morcha had a face-off with police personnel during a demonstration staged by the former against the derogatory remarks of Agriculture Minister Pradeep Maharathy.

The incident took place when the women activists attempted to enter Naveen Niwas to meet Chief Minister Naveen Patniak regarding the matter.

Holding party flags and banner, the Mahila Morcha took out a rally from the party office and marched towards the residence of CM Naveen to seek his reply over the issue. They also demanded suspension of Minister Maharathy for his objectionable remarks on women. Later, the activists had a clash with police personnel when the latter prevented them from entering the residence of CM Naveen.

Later, the cops detained around 15 members of the BJP women’s wing from the spot.

Nobel Prize for Physics goes to scientists from US, Canada