Major fire breaks out at car showroom in Odisha’s Cuttack 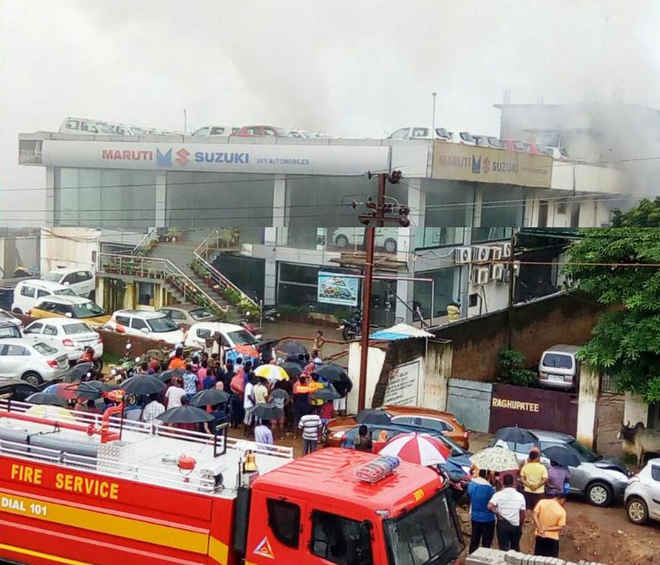 Cuttack: A major fire broke out at Sky Automobiles, a Maruti Suzuki car showroom, near Bhanapur on Cuttack-Bhubaneswar NH this morning.

The fire inside the showroom intensified due to inflammable items including engine oil, lubricants and plywood, a staff of the showroom said.

At least seven fire tender units were pressed into service to douse the flames, reports said. No casualties have been reported in the incident.

“No vehicles were damaged in the incident as the fire had broken out at lubricant and scrap godowns,” a fire official said.

Though the reason behind the mishap is yet to be ascertained, it is suspected that short circuit might have led to the outbreak of fire.

Third bombing in a month in Cuttack, cops on edge