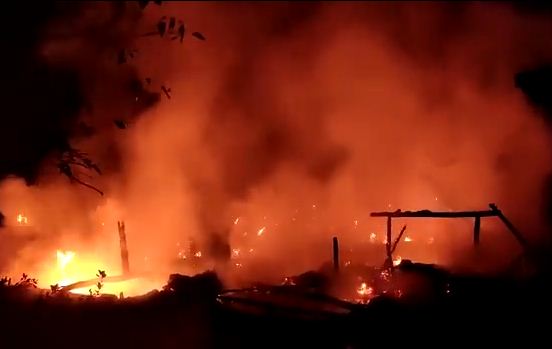 Jajpur: As many as seven rooms of three families were gutted as a major fire broke out at Radhanagar village under Rasulpur block of Odisha’s Jajpur district, last night.

Properties worth lakhs were reduced to ashes in the fire mishap. Fortunately, no casualties have been reported in the incident.

On being informed by the villagers, Fire Service personnel rushed to the spot and doused the flames. The reason behind the outbreak of fire was yet to be ascertained.

The mishap has rendered the families homeless amid intense cold wave conditions.

India may get vaccine nod for emergency use by year-end