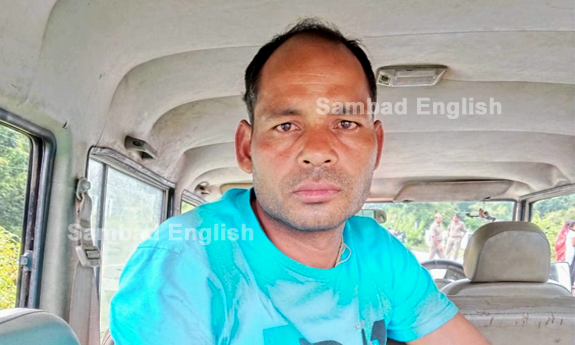 G Udayagiri: A man allegedly axed the lover of his younger sister yesterday at Tadabadi village under Sarangagada police limits in Kandhamal district and surrendered before local police today.

The deceased was identified as 30-year-old Pradeep Mallick, who belonged to Kularpadar village.

According a senior official in the police station, the victim had come to meet the girl yesterday night, when he (the former) was attacked with the sharp-edged weapon. Later, the accused carried the body of Pradeep on a motorcycle to Badabadi forest and threw it there to eliminate evidence. However, the accused surrendered after the incident came to the fore, the police source expressed.

Pradeep and the girl from Gunjibadi village were in love, when both were working in Tamilnadu. Elder brother of the girl had been opposing their love relationship. The couple had recently returned from their workplace and gone to Raikia locality in the district, what troubled the accused.

Sarangagada police have registered a case (No-90/2022) in this connection and launched a probe. Body of Pradeep was recovered in the afternoon and sent to hospital for post-mortem.

Super Cyclone ‘Sitrang’ to form over Bay of Bengal in October 2022?