Man chops, swallows snake that bit him in Uttar Pradesh 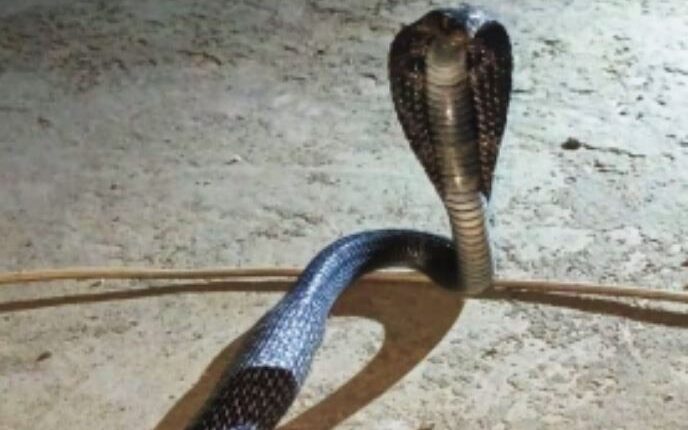 Banda (Uttar Pradesh): In a shocking incident, a man chopped a poisonous snake and swallowed it shortly after it had bitten him in a field.

The incident has been reported from Kamas police area in Banda district of Uttar Pradesh.

The man has been admitted to the district hospital where the doctors stated his condition to be stable.

According to reports, the incident took place in the Syohat village of the district where one Matabadal Singh, 49, was on his way back from the field at his village when a venomous snake bit him.

Instead of raising an alarm or rushing for medical assistance, the victim picked it up, chopped it into pieces and swallowed it.

Sources said as soon as the man reached his home, his family members questioned the blood stains on his clothes.

When he narrated the entire incident to his family members, they rushed him to the community health centre from where he was later referred to the district hospital.

Bihar youth crosses to UP to surf internet, drowns in Ganga while returning