Man dies after falling into 40-ft deep ditch in Odisha 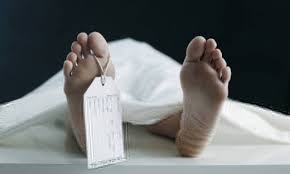 Dhenkanal: A 30-year-old man died after falling into a 40-ft deep ditch at Barihapur Village under Parjang police limits in Dhenkanal district today.

The deceased has been identified as Adwaita Parida of Barihapur village.

According to reports, Parida was going to a nearby field to graze his goats. Midway, he accidentally fell into a ditch which was dug by railway department for construction of a bridge. Hearing his scream, villagers rushed to his rescue and admitted him to a nearby hospital. However, doctors declared him dead.

Tension prevailed in the hospital following his death as angry locals created a ruckus inside it. Later, police reached the spot and took control of the situation. The cops also began an investigation into the incident.