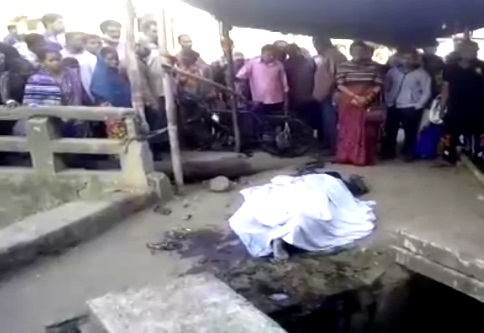 Cuttack: In an unfortunate incident, a person died after falling into an uncovered drain in Meria Bazar area of Odisha’s Cuttack city late last night.

The deceased was identified as Santosh Kumar Dash (30), a resident of the same locality.

According to reports, Dash, while returning home, fell into the drain which has been in an uncovered state for the last few days.

On being informed by locals, fire personnel reached the spot and recovered the body from the sewer.

As per some locals, Santosh was in an inebriated state when the mishap took place. Tension gripped the spot this morning as locals held Cuttack Municipal Corporation (CMC) responsible for the incident.

They alleged that no caution mark was put by the CMC near the drain while carrying out cleaning work.

After father’s death, mentally ill girl confined to toilet for years in Odisha