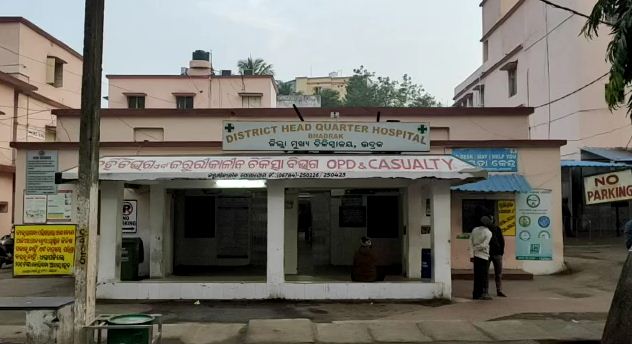 Bhadrak: A man allegedly hacked a girl and her father over an one-sided love affair near Dalimbagadia Chhak under Banta police limits in Odisha’s Bhadrak district, last night.

The victims, identified as Rabindra Sahu and her daughter Namita Sahu of Dalapadi village, sustained critical injuries in the attack and are undergoing treatment at the SCB Medical College and Hospital in Cuttack.

According to reports, the accused attacked the father-daughter duo with a sharp weapon when the two were returning home on a scooter. The assailant fled the spot on a motorcycle after the incident.

Later, Banta police rescued the victims in a critical condition and rushed them to the District Headquarters Hospital. They were later shifted to the SCB Hospital for better treatment.

Primary investigation by police revealed that the accused was having an one-sided love affair with the girl. Police have started investigation into the incident and efforts were on to apprehend the attacker.