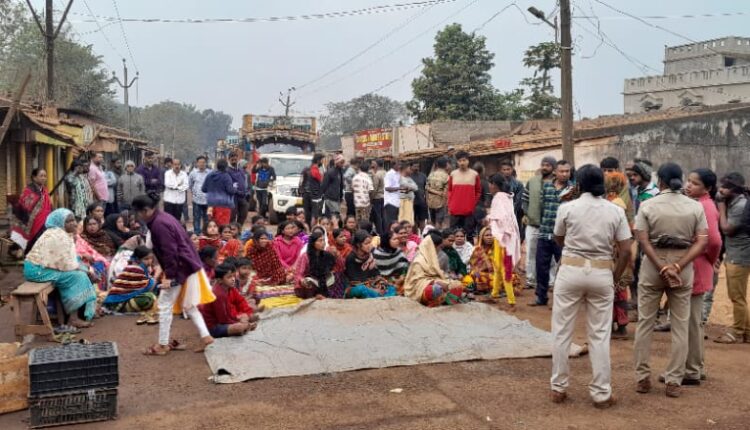 Jajpur: A man involved in an extramarital affair with a girl allegedly killed her brother and hacked her father at Tarini Chhak under Kaliapani police limits in Odisha’s Jajpur district, last night.

According to reports, accused Shantanu was having an affair with the daughter of victim Santosh Mohapatra. However, her family members were opposing the relationship as Shantanu is married.

A dispute was prevailing between Shantanu and kin of the girl.

Santosh and his son Jitendra were at their shop yesterday when Shantanu attacked Jitendra with a billhook. As Santosh tried to save his son, Shantanu assaulted him too.

The father-son duo sustained critical injuries in the incident. They were rescued by locals and rushed to the Sukinda Hospital, where doctor declared Jitendra dead.

Santosh was undergoing treatment at the hospital while his condition was stated to be critical.

Tension ran high over the incident this morning as irate locals set a truck of the accused on fire at Kaliapani. They also staged road blockade demanding stringent action against him.

Though police tried to pacify them, but in vain.

The accused was detained by cops for questioning.