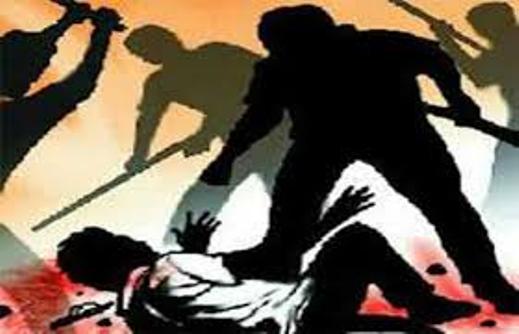 Berhampur: In a truly bizarre incident by all counts, a pallbearer who had been to the cremation ground to cremate a dear one was killed after being beaten up by another pallbearer with a wooden plank following a drunken brawl between the two at Jarada village in Odisha’s Ganjam district today.

One Rama Chandra Nayak of Jarada village had died. His friends and relatives carried his body to the cremation ground for the funeral in the morning today.

While cremation of Rama Chandra was underway, suddenly Siba Nayak and Kalia Nayak, who were drunk had quarreled over a trivial matter.

In a fit of rage, Siba picked up a wooden plank lying on the ground and hit Kalia with it. Kalia succumbed to the blow on the spot.

“While cremation was underway, Siba Nayak who was drunk attacked my brother with a wooden plank from the behind. My brother died on the spot. He should get the highest punishment,” said deceased Kalia’s younger brother Tirupati Nayak.

“Siba hit Kalia’s head with a wooden plank. We immediately took him to the hospital but doctors declared him brought dead,” stated Prafulla Nayak, a relative of deceased Kalia.

On being informed police reached the spot and arrested Siba. Police seized Kalia’s body and sent it to MKCG Medical College and Hospital for an autopsy.

“We have arrested the assailant. We are interrogating him,” informed Ganjam ASP Trinath Patel.

“Situation is under control in the village,” he added.