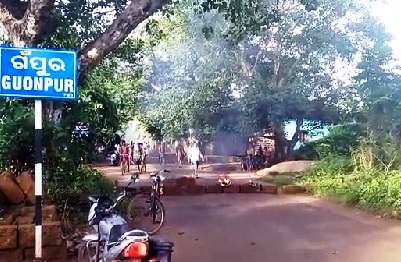 A person was knocked to death by an unidentified speeding vehicle near Guonpur under Begunia police station in Odisha’s Khordha district this morning.

The deceased was identified as Purna Chandra Sahoo.

Sources said, the vehicle hit Sahoo when he was crossing road. A grievously injured Sahoo was rushed to the district headquarters hospital. However, he succumbed to his injuries while undergoing treatment there.

Following the incident, irate locals blocked Khordha-Banki road demanding compensation for the family members of the deceased. Hundreds of vehicles remained stranded on both sides of the road due to the blockade.