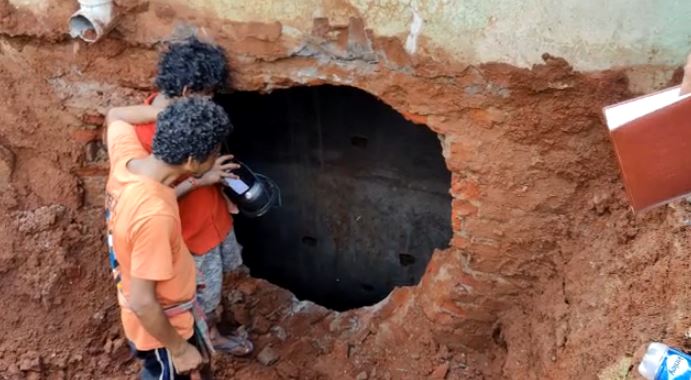 Koraput: A man allegedly murdered his wife and dumped the body in a septic tank at Kakiriguma village under Laxmipur block of Odisha’s Koraput district.

Though the accused had committed the crime around four months ago, the incident came to fore today as the body was recovered from the septic tank.

According to reports, accused Dashrath Sahu had married Gauri Sahu, 25 years ago. A dispute was prevailing between the two with Dashrath abusing and harassing his wife frequently.

Four months ago, he informed the family members of Gauri that she went missing. Suspecting foul play, her kin had lodged a complaint with police in this regard.

Investigating into the case, police today exhumed the body from the septic tank.

During interrogation, the accused confessed to the crime, reports said, adding that he dumped the body in the tank in order to eliminate evidence.

Police have detained him for questioning.