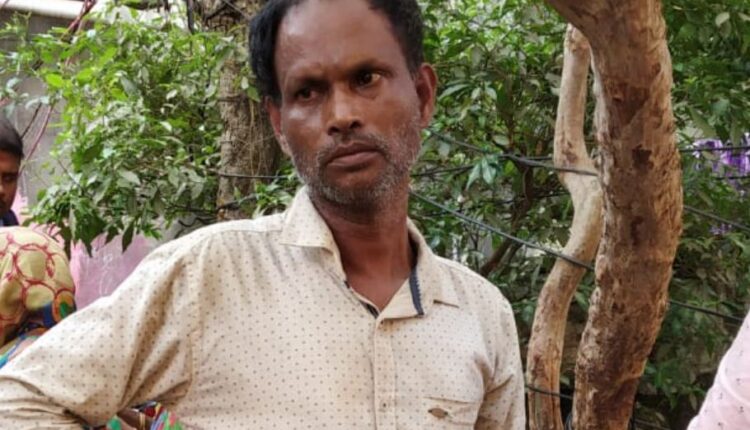 Bhubaneswar: A man allegedly killed his wife and sister-in-law at Chandrasekharpur Housing Board Colony in Odisha capital while shocking revelations in connection with the murder have come to fore.

According to reports, accused Bijayketan Sethi had killed his wife Gayatri Sethi and sister-in-law Saraswati Sethi on April 21 at his house. He decided to hide the bodies inside the house.

The killer started staying outside after the murder and used to visit the house everyday to check the bodies.

Family members of the deceased were unable to communicate with the two as their mobile phones remained switched off. They telephoned Bijayketan multiple times while he ignored their calls.

Suspecting foul play, the kin of the deceased lodged a complaint with the Chandrasekharpur police. Locals also detected foul smell emanating from the house this morning and informed the police.

Cops have recovered the bodies for post-mortem and arrested the accused. Further investigation by police was underway.

“My son-in-law has killed my two daughters. He had been threatening my elder daughter to kill her. I want justice for my two children,” said mother of the deceased.

Though the exact reason behind the extreme step by Bijayketan was yet to be ascertained, it is suspected that the killing was a fallout of family dispute.

He said the two women used to torture him, for which he murdered the duo.

Notably, Bijayketan had married Gayatri in 2011 while the two were residing in Chandrasekharpur Housing Board Colony. Gayatri’s younger sister Saraswati, who worked as a nurse at a private hospital in the city, used to visit her sister and brother-in-law’s place frequently.

Weekly Horoscope 25 April to 1 May 2022: Astrological Prediction for all Zodiac Signs