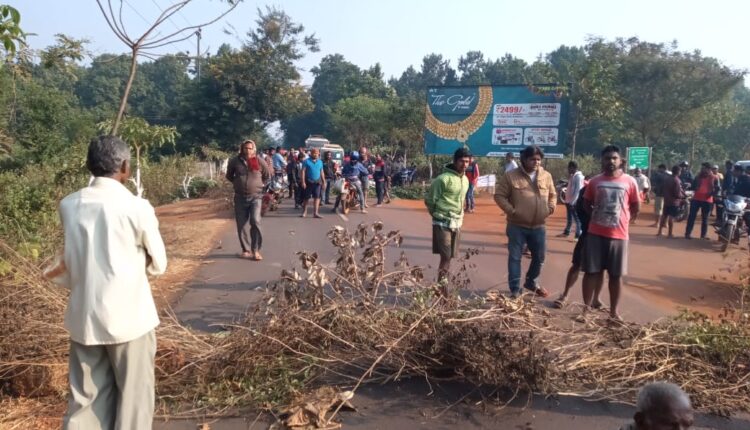 Cuttack: In an unfortunate incident, a person was crushed to death after a truck collided with the cycle he was riding on near Kaliaghai bridge on Niali-Phulnakhara road today. Besides, the driver and helper of the truck sustained critical injuries in the mishap.

The deceased has been identified as Sarat Chandar Dalai (52).

As per  the complaint lodged by the wife Pramila of the deceased, when Sarat was going to Kalighai market to sell vegetables at around 6.30 AM, when a goods-laden truck bearing registration number-AP03 TE 2658 coming from Cuttack hit him from the behind. Though Sarat was later rushed to a hospital at Adaspur, doctors declared him brought dead.

Stating that Sarat was the sole breadwinner of the family, Pramila requested the Niali police to initiate investigation and ensure her justice.

Irate over the incident, locals block the road at Kalighai for three hours disrupting vehicular movements. They demanded compensation for family members of the deceased.

The road blockade was later called off after after SDPO Subash Chandra Panda and Niali PS IIC Bijay Mallick reached the spot and assured the agitators of Rs 10,000 compensation from Red Cross fund for family members of the deceased and Rs 2000  under Harishchandra Yojana for last rites of the deceased.