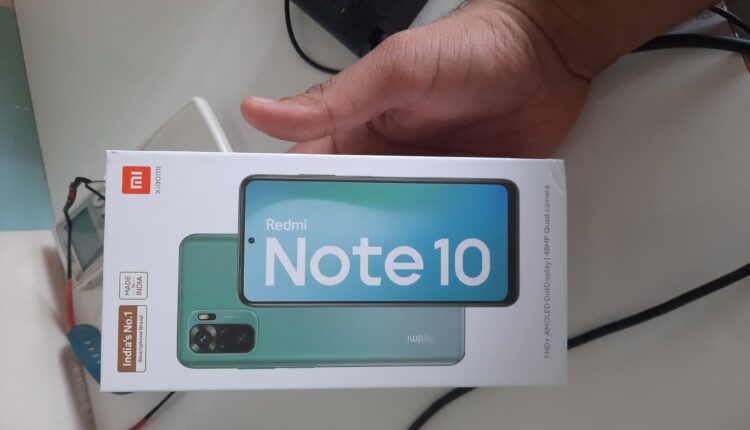 Mumbai: A Mumbai resident, who recently ordered a Colgate mouthwash from Amazon.com, was shocked and surprised to receive a sleek new Redmi Note 10 phone instead.

Lokesh Daga shared his mouthwatering ‘gift’ pictures on Twitter along with the order and the ID to prove his claim.

However, since a mouthwash is a consumable product, he would not be able to send it back via the returns app, he said.

A closer scrutiny revealed that his order was exchanged with of a Hyderabad-customer who has now got his Colgate mouthwash instead of the mobile as ordered.

“Hello @amazonIN, ordered a Colgate mouth wash via ORDER # 406-9391383-4717957 and instead of that got a @RedmiIndia note 10. Since mouth was in a consumable product returns are restricted and am unable to request for return via the app

“However on opening the package I can see that the packaging label was mine but the invoice was of somebody else’s. I have emailed you as well to get the product delivered to the right person,” said Daga’s tweets along with pictures of his mouthwash order and the phone he got.

The matter has since gone viral with the Twitterati offering comments and similar examples of such delivery gaffes by such delivery companies worldwide.

There were no reactions from the company or the other purported customer who is now saddled with a mouthwash, though Daga has requested Amazon to ensure that the produce (phone) reaches the intended customer.