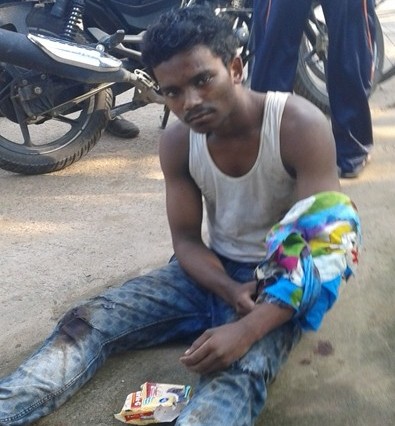 Barang: A person was allegedly pushed off a moving train by four transgenders near Barang railway station near Odisha capital after they looted him.

The victim, identified as Banamali Singh (25) hailing from Belapala, has been hospitalised in a critical condition.

According to reports, locals spotted him lying in pain near railway track this morning and rescued him. On being asked, he narrated the ordeal.

As told by Banamali, four transgenders threatened him for money while he was returning home in Howrah-Chennai Express.

After he denied to give them money, they forcibly took his money purse from his pocket, looted Rs 7,000 and a mobile phone from him and pushed him off the moving train.

The Government Railway Police (GRP) is probing into the matter.