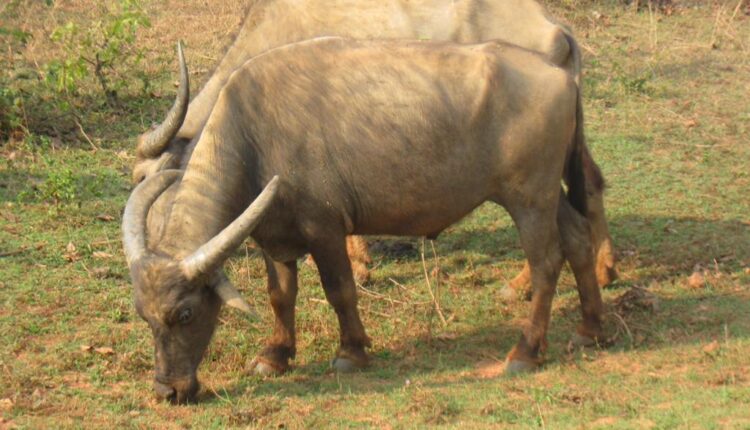 Bhubaneswar: Manda buffalo, which is found in eastern Ghats and plateau of Koraput region of Odisha, has been recognized as the 19th buffalo breed in India by the National Bureau of Animal Genetic Resources (NBAGR).

This buffalo germ-plasm was first identified by Fisheries and Animal Resource Development (FARD) Department in collaboration with Orissa University of Agriculture and Technology (OUAT). After a detailed survey, the findings were sent to NBAGR for recognition.

The survey was conducted under the leadership of former ARD Director Bishnupada Sethi and OUAT professor (animal breeding and genetics). After verifying the findings, the NBAGR made an assessment and recognised it as indigenous and unique buffalo.

The sturdy buffaloes are small in size and and used for ploughing and other agricultural activities in Koraput, Malkangiri and Nabarangpur districts.

“The Manda are resistant to parasitic infections, less prone to diseases and can live, produce and reproduce at low or nil input system. These buffaloes have ash grey and grey coat with copper-coloured hair. The lower part of the legs up to elbow is light in colour with copper colour hair at the knee. Some animals are silver white in colour,” said the ARD department said

“There are around 1,00,000 buffaloes of this breed in the native tract mostly contributing to the family nutrition of households and assisting in all the agricultural operations in the undulated hilly terrain for generations,” the ARD department said.

As per basic features documented by the ARD department and OUAT, the average milk yield of these buffaloes is 2 to 2.5 litre in single milking with more than 8% fat. However, a few of those yield up to 4 litres. Manda buffaloes get matured at around 3 years and drop the first calf at around 4 years. Every 1.5 to 2 years they give birth to a calf for the whole life of around 20 years, the two institutions said.

With Manda buffalo recognised by NBAGR, it will be incumbent upon both Centre and State governments to devise a strategy for conservation of these buffaloes.