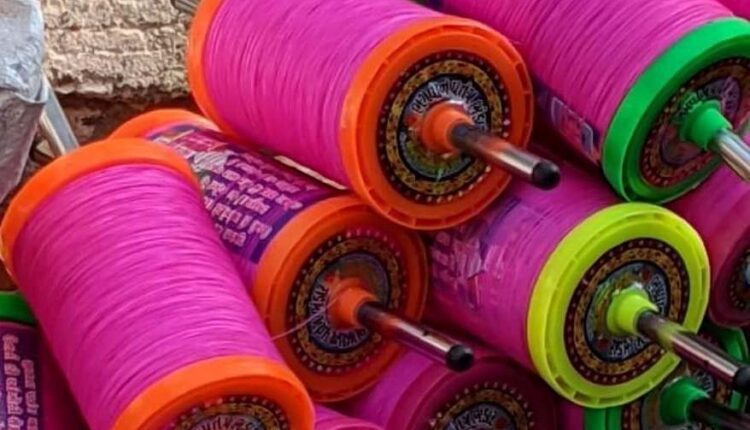 Bhubaneswar: As many as three youths sustained injuries on their neck while one of them was hospitalized as they got entangled with glass-coated kite string (manja) near Pala Mandap in Dumduma area of the capital city, today.

The incident took place when the three victims were travelling on two motorcycles and were entangled with the kite string.

While two of them received first aid and stitching, another victim was admitted to hospital for treatment.

On being informed about the incident, Khandagiri police reached the spot, seized the manja and started an investigation into the incident.

Last month, one Jayant Samal (31) was killed after his throat got slit with manja in Jagatpur area of Cuttack while he was travelling on a motorcycle with his wife.

Jayant got entangled in the manja attached to a kite being flown by a minor boy near Peer Bazaar at around 4.45 pm. He fell off the two-wheeler after sustaining injuries on his neck. He was rescued by locals in a bleeding state and rushed to the Sadguru Hospital in Jagatpur, where he breathed his last. His wife escaped unhurt in the incident.

Following the incident, police had raided several shops in Cuttack city over alleged sale of the banned substance.