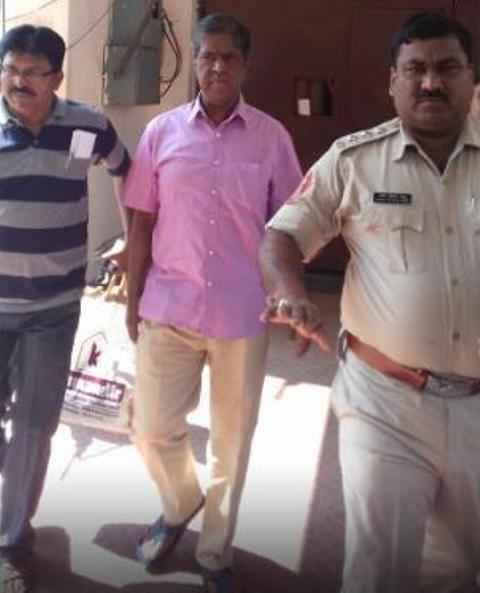 Manoj Ranjan Nayak, one of the trustees of Siksha O Anusandhan (SOA) Charitable Trust that runs the Institute of Medical Sciences and SUM Hospital where 26 patients have died so far due to fire tragedy, was sent to Jharpada Special Jail in Odisha capital after production before a local court here.

Nayak was produced before the SDJM Court here after his two-day remand period ended yesterday. Following this, he was sent to jail as Commissionerate Police did not seek further remand.

Gangster Dhal Samanta to be shifted to Balangir jail in…

On the other hand, Nayak has submitted a bail petition with Khurda District and Sessions Judge Court. The court would hear the petition on Tuesday, sources said.

Nayak had surrendered before the Khandagiri police in the wee hours on Thursday, three days after the massive fire in the private hospital that killed 20 patients on the fateful day and six others later. He was arrested later on that day. So far, five persons have been arrested in connecition with SUM Hospital fire tragedy.

Police Commissioner YB Khurania had yesterday told newsmen that police are trying to understand the organizational structure. The cops are giving greater importance to the persons and process involved in the processing of files related to Fire safety. Relevant documents have been seized and are under examination, the top cop had informed.

“The LOC (lookout circular) is still in force. Saswati Das, wife of Manoj Ranjan Nayak, hasn’t appeared before the police yet. Investigation is evolving and appropriate action would be initiated in proper time,” he had expressed.

Notably, the Special Investigation Team (SIT) on Black Money will investigate the funding pattern of the organisation. SIT on Black Money had also directed Enforcement Directorate (ED) to probe financial transactions of the trust and its sister organizations.

I have not taken a penny for ‘Shivaay’: Ajay Devgn