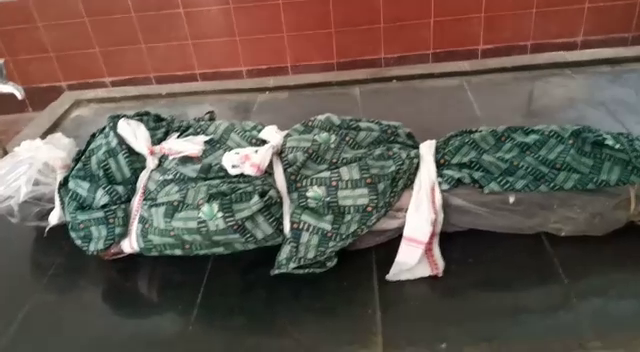 Bargarh: Three months after a murder complaint was lodged at Melchhamunda police in Bargarh district, the cops today recovered the body of the deceased man from a grave.

The police later sent the body to Padampur Sub-divisional hospital for post-mortem.

On April 18, miscreants had allegedly killed one Ude Tandi of Amamunda village in Padampur Sub-division by forcing him to drink spurious liquor. Acting on a complaint lodged by Tandi’s wife Ila and son Jeet, police had begun an investigation into the incident.Today morning, the cops dug out Tandi’s body from a crematorium.

Further investigation is on in this connection, police said.

Bargarhbargarh murderman dies after being forced to drink spurious liquor