after the cremation, wife Rashmirekha went to Morada police station and filed a complaint alleging that Ranjan died because his liquour was poisoned and not due to any health ailment. 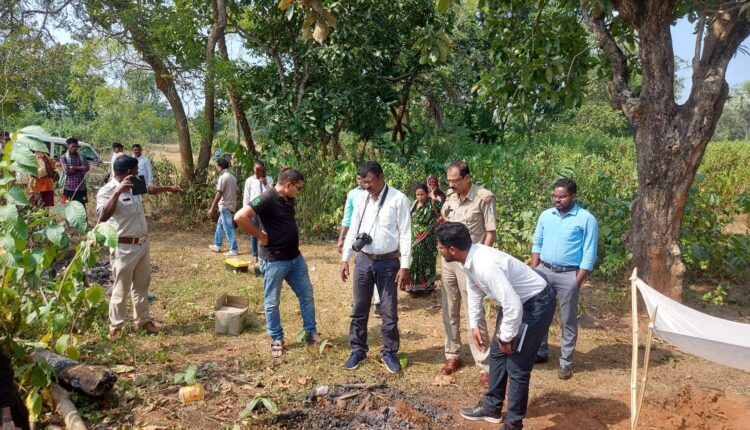 Chitrada (Mayurbhanj): In a bizarre turn of events, police today exhumed the body of a man after his wife alleged that he died of alchohol poisoning in Morada block of Mayurbhanj district in Odisha.

The deceased was identified as Ranjan Kumar Mahanta (32) of Bandhasahi village under Chitrada panchayat within Morada police limits in the district.

Sources said Ranjan, a clerk in Betnoti college, had died of liver jaundice on Tuesday. His widowed mother and wife Rashmirekha carried out his final rites on Thursday. However, after the cremation, wife Rashmirekha went to Morada police station and filed a complaint alleging that Ranjan died because his liquour was poisoned and not due to any health ailment. Acting on the complaint, police along with a scientific team initiated an investigation.

On Friday, a team comprising Morada tehsildar and magistrate Anant Kumar Hansda, scientific team head Lipun Nayak and Chitrada outpost in-charge Niranjan Majhi carried out the exhumation to be sent to the forensic lab. A case has been registered in this connection.

On the other hand, Rashmirekha’s in-laws and parents of the deceased dismissed her allegations stating that the couple was staying separately since a while. They claimed that Rashmirekha did not even visit Ranjan once when he was ailing. Since he was a government employee, she was eyeing on his money now after his demise and hence, was concocting stories, they stated.

Meanwhile, police said the details of the case can be ascertained only after the forensic reports arrive.