Many injured in THAAD deployment protest in S. Korea 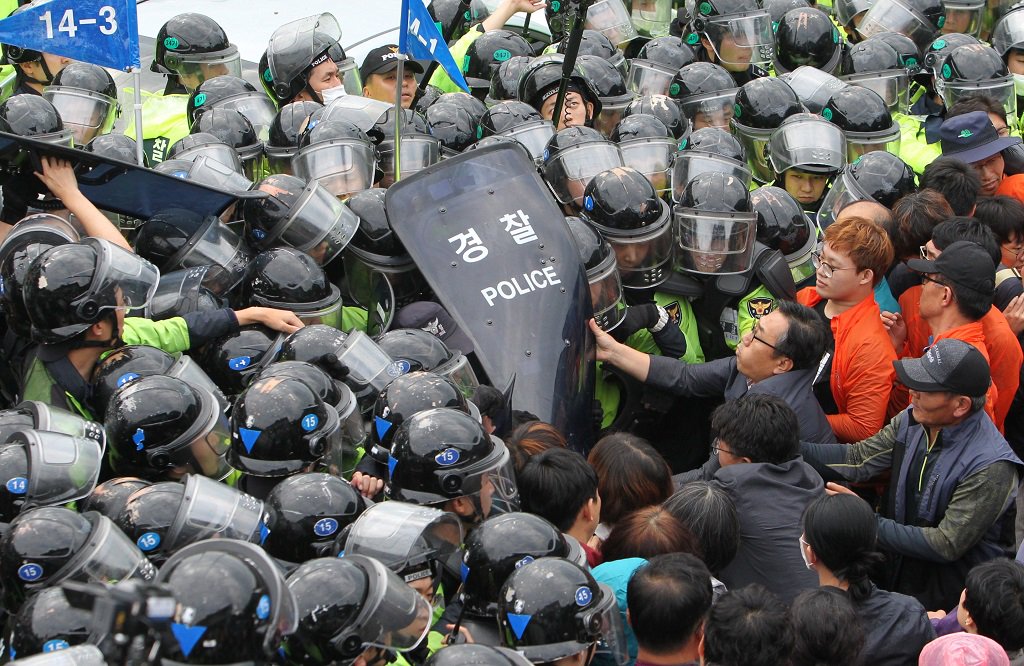 Seoul: Dozens of South Korean protesters and police were injured in clashes on Thursday during a rally against the full deployment of the US Terminal High Altitude Area Defence (THAAD) anti-missile shield.

Some 400 residents of Seongju City, who live close to the site where the THAAD system will be installed, clashed with the security forces over concerns of becoming primary targets for a potential attack by Pyongyang.

The protesters with chains around their necks locked their bodies onto trucks that blocked the roads to the site; others tied each other with ropes and formed a line to stop the police from separating them, the media here reported.

They questioned the radiation which could affect their health and crops.

Petronet LNG-Tellurian’s deal on Modi 1st day of US…

About 8,000 policemen were deployed around the site, Efe news reported.

The protests were against the instalment of four remaining interceptor launchers that would complete the THAAD installation. Two previously installed ones are already operational on an old golf course, located about 18 km north of Seongju.

Ten US military vehicles had brought the THAAD equipments from the Osan Air Base. The demonstrators blocked access to the site before the police dispersed them at about 5 a.m. to clear the entrance.

The injured were transferred to hospitals, but there has been no report on the exact number or severity of injury, according to Yonhap news agency.

China, too, has opposed the installation of the THAAD system, suspecting that its powerful radars could spy on Chinese military bases.
(IANS)