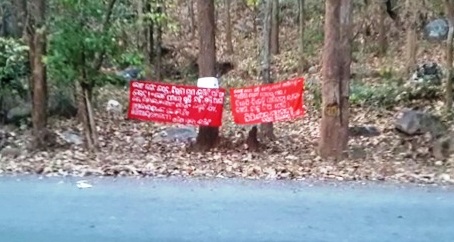 Baliguda: Maoists have put up banners and posters near Kandhibandha village in Odisha’s Kandhamal district urging people to boycott the upcoming Lok Sabha and Assembly elections in Odisha.

In the banners, which were reportedly put up by the Baghuna Division of the outlawed CPI (Maoist) organisation, the red rebels have also criticised the politicians and asked people to attack them when they seek votes during election campaigns.

This is the second instance of surfacing of Maoist posters and banners in the district after announcement of poll dates. Similar banners were earlier seen at Sukungia Chhak under Baliguda police limits in the district.

Today’s incident has left the residents of the area panic-stricken.