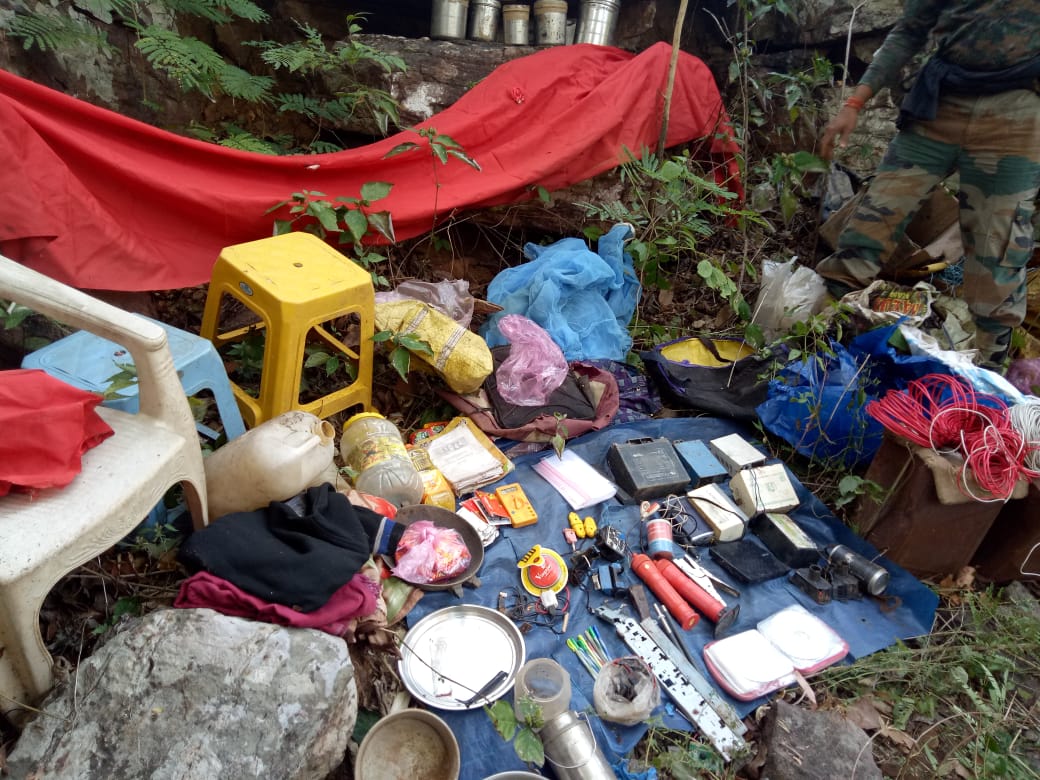 Nuapada: Security forces have busted a Maoist camp in Odisha’s Nuapada district and recovered explosives and several other articles used by the rebels, police said today.

Acting on a tip-off about the movement of Maoist cadres in Patdhara Reserve Forest area in the district, Nuapada SP launched a massive combing operation on February 1. The concerned security forces, consisting of six SOG teams, searched the area extensively and on February 3, they came across a camp of the Maoists belonging to the Mainpur-Nuapada Division in the forest area near Khatfar village under Boden police limits.

Realising the presence of the security forces, the Maoists fled the spot and went into the deep forest. During search, five tiffin bombs, three UPS batteries, 2 kg gun powder, electrical wires, uniforms, red flag and many other articles were seized from the spot.

It appears that a training camp was organised by the CPI (Maoist) at the location which was raided by the security forces, police sources said.