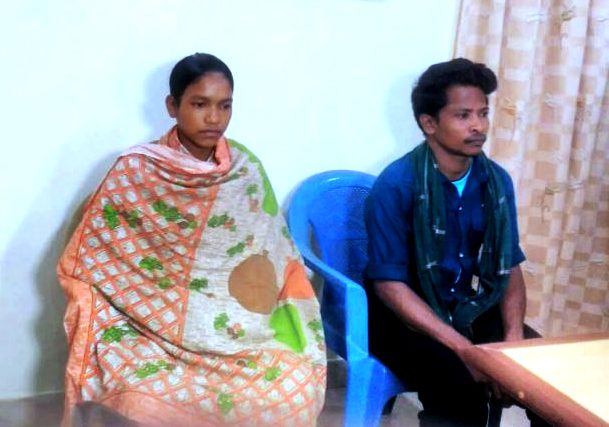 In a major boost to the anti-Maoist operation in Odisha, a Maoist couple carrying a cash reward of Rs 2 lakh today surrendered before Rourkela police.

The duo identified as SanikaTopno and Sunita Hansdah was armed cadres of the banned CPI (Maoists).

“Disillusionment with the Maoist struggle and leading difficult life in forests has prompted them to surrender before the police,” Jharsuguda SP Anirudha Singh said.

The couple was the members of a group led by senior Maoist leader Samarjee alias Anmol Hembram operating in Saranda Division of neighbouring Jharkhand, sources said.

They were involved in Left Wing Extremism along Odisha-Chhattisgarh border.

“We decided to lay arms before police so as to join the mainstream of the society,” they said.

The couple, which had joined the armed struggle five years ago, is expecting a baby.

The Jharkhand government had announced a cash reward of Rs One lakh each on the duo.