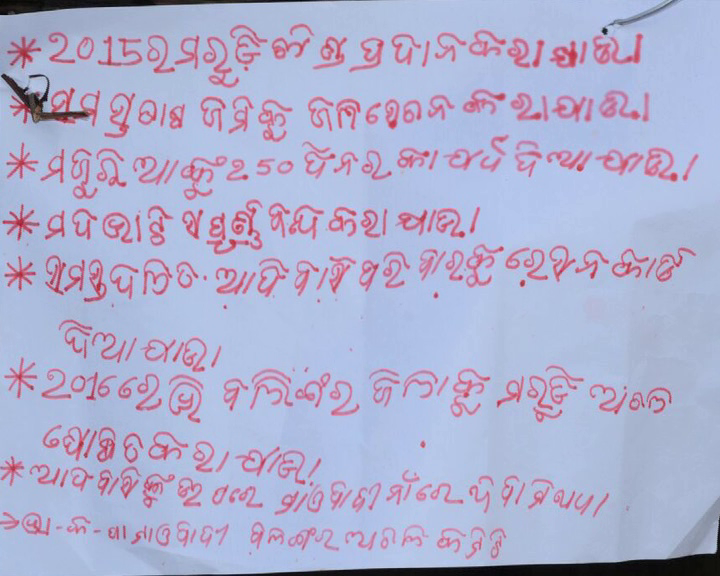 Maoist posters were found at Muribahal in Titlagarh area of Odisha’s Balangir district today in which the red rebels have put forward several demands.

In the posters, the Maoists have opposed the Green Hunt operation and demanded proper irrigation to crop fields in tribal areas by constructing check dams and canals. Besides, they have demanded announcement of the area as drought-hit, ration card for all Dalit and tribal families and closure of liquor shops in the area.

On being informed about the incident by locals, police reached the spot and seized the posters.