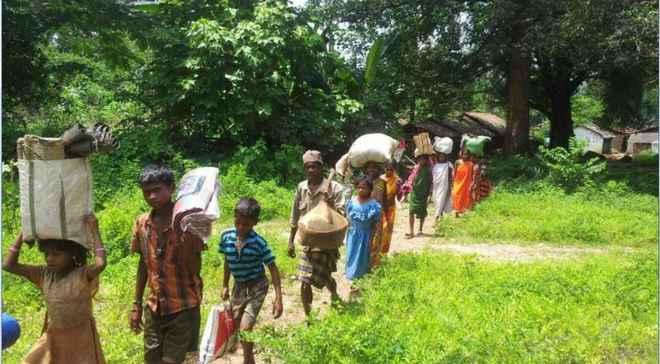 As many as 12 families of Ramaguda village in cutoff areas of Odisha’s Malkangiri district have left their homes in the fear of Maoists.

They have taken shelter in their relatives’ homes in Chitrakonda, sources said.

The red rebels had been torturing the villagers after the death of around 30 Maoists in an encounter with police near the village on October 24 last year.

The extremists had recently killed two persons of the village on April 27 this year.

In a bid to ensure their safety, the villagers have taken the step against their will.